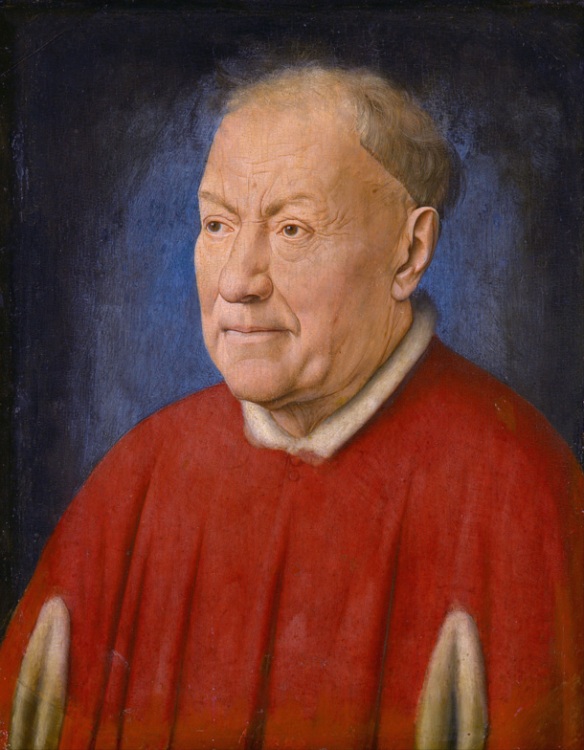 The sitter for this portrait painted by Jan van Eyck was identified in 1904 by the art historian James Weale as Italian cardinal Niccolò Albergati (1375 – 1443).

In more recent times there has been scholarly doubt cast on Weale’s identification, and in 1963 the Dutch art historian Josua Bruyn presented a case for identifying the portrait as Henry Beaufort (c1375-1447), Lord Chancellor of England, bishop of Winchester, and later a cardinal.

Now it can be confirmed that the man in the red gown is Henry Beaufort, and the clues are provided by Jan van Eyck himself.